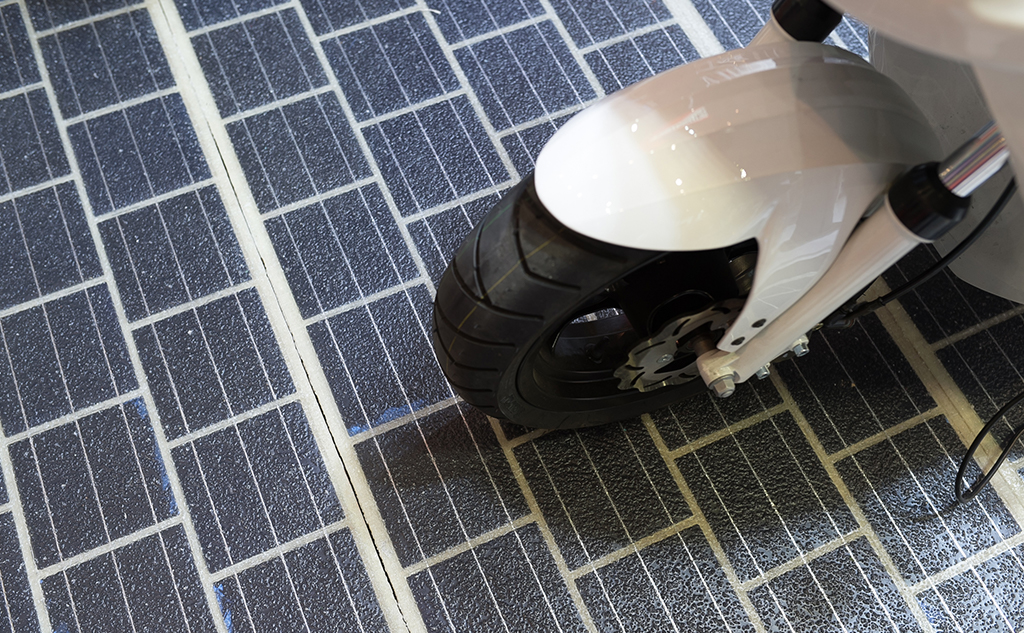 The French Energy Transition Law sets the target for renewable energy use at 32% by 2030. The first thing that springs to mind when we think of ‘alternative’ energy is renewable energy, in the strict sense of the term: solar, wind or biomass (including biogas). The range is in fact much wider, encompassing hydrogen, unavoidable energy and waste-to-energy, either direct or in the form of new combustibles – gases, granules or fuels. With its multidisciplinary approach, Pollutec has been comparing all these strategies since they first emerged 20-25 years ago, providing an overview of energy issues, fully integrated with other environmental problems.

Some innovations really made their mark: no-one could forget the Colas solar road (2015-2016) or Armor’s flexible PV film that opens up new possibilities for solar autonomy. We have also seen a standalone streetlight (in 2009) and photovoltaic canopies at Pollutec.

But the most marked characteristic of the exhibition’s involvement with renewables has been its commitment to showcasing ecotechnologies that harness renewable energy in order to reduce their energy footprint and increase their autonomy: examples include solar desalination and/or purification solutions in 2010 and 2013, solar mud dryers in 2002 and 2004, solar-powered water mixers, soil decontamination systems powered by renewables (Sita in 2010, Serpol in 2016) and solar-powered waste collectors and compactors (in 2008 and 2013), even a standalone solar shower for beaches. So the trend continues to gather momentum year on year, supported also by the digital and connectivity requirements of all the processes involved.

The leveraging power of hydrogen

While hydrogen is considered a key factor in the energy and ecological transition, to the point that France already has a national hydrogen plan, its acceptance has not been straightforward. Indeed, it has long been thought that the hydrogen supply chain would take several decades to develop, although this has not prevented Pollutec from supporting this upstream sector and helping to get it recognised.

As far back as 2001, Pollutec launched a Hydrogen Village where people were able to see working prototypes of fuel cells and hydrogen engines. The following year, Axane showed its fuel cells for vehicles (Renault Fever, Peugeot Partner and Scania buses). Since then, hydrogen has been a hot topic, not only in the mobility sector (with Symbio FCell which makes fuel cells for electric vehicles and Pragma Industries, the producer of the first hydrogen-powered bicycle), but also at all other stages, particularly in production and storage, with innovative companies like McPhy Energy (with a magnesium hydride storage solution, which won an award in 2012, then went into production), Atawey and its hydrogen refuelling stations, NewH in 2009 with a hydrogen-on-demand offer, HySiLabs and its hydrogen-based liquid fuel concept (which won an award in 2013) and finally PowiDian with its autonomous electricity generating stations combining renewables, storage and zero-emission generators.

The trend is now well-established, as shown by Pollutec 2018 which welcomed Haffner Energy presenting a decentralised hydrogen-from-biomass production concept.

Read more : New energy systems industry contract: how will it play out?