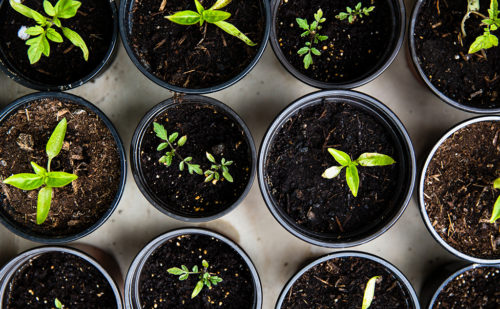 Agricultural models are not immutable. After the industrial breakdown of the “Glorious thirty years from 1945 to 1975”, which favoured intensive agriculture, ecological and sanitary deadlocks now lead to fundamental reflections on the choices and the future of agriculture, the renewal of a certain peasant culture, the rehumanisation of practices, etc.

It is in this context that new forms of agriculture are rapidly developing, responding to a growing social demand, such as agroforestry, permaculture, agroecology and organic farming, all of which have the advantage of having less impact on the environment and humans than the intensive model practised since the 50’s. 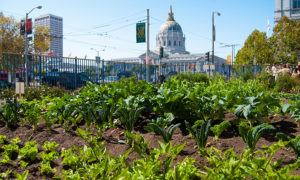 Among recent developments, urban agriculture is a real breakthrough in the sense that it can be practised without land, on a limited surface area (gardens, roofs, containers), and without requiring large amounts of water. Being local by nature, it avoids GHG emissions related to transportation. Some of the urban farming solutions currently being tested are also based on new technologies, thus forming part of the current development of “agritechs“.

Finally, urban agriculture has a social dimension especially in that it enables recreating a bond with nature, and even re-appropriate the matter of food production and the relationship with urban space and living together, a dimension which is just as much associated with sustainability.

Today, this new model is far from being able to feed the planet but according to a study on the ecosystem services rendered by urban agriculture published at the beginning of the year by Earth’s Future*, the towns of the whole world have 367,000 km2 to 64, 000 km2 of surfaces that could be used for food production. Urban agriculture could thus meet up to 10% of the needs for certain plantations such as pulses or root crops. However, 10% of 6,500 million tonnes of annual crop production represent 650 million tonnes worldwide. Which is far from negligible…

It is no longer a question of contrasting agriculture, in the traditional sense and with associated rural areas with urban agriculture. These two agricultural practices can become complementary to meet the food and geostrategic needs of humans. The challenge now is to explore the full range of solutions and to converge agricultural practices and the climate and ecological challenges facing our societies.

For its 2018 edition, Pollutec focuses on environmental solutions and practices dedicated to agriculture. Urban agriculture will naturally have its place there.