Pierre Radanne: the expert’s view on the environmental markets 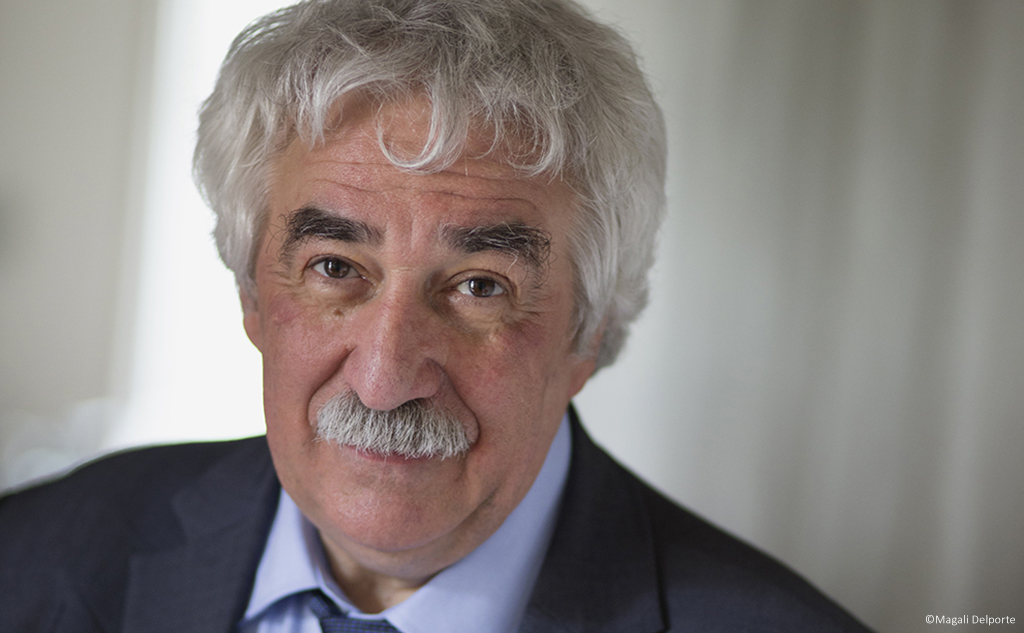 After being an AFME* regional delegate from 1982 to 1986, Pierre Radanne founded and directed Inestene, an organisation that evaluates environmental and energy strategies across Europe. In 1997, he joined the Ministry of the Environment as deputy director in Dominique Voynet’s staff. Shortly afterwards, he was appointed President of Ademe (1998–2002), then joined MIES* as a foresight strategist. Following this, he created Futur Facteur 4, a consultancy firm specialising in energy and climate change. He was also President of Association 4D for twelve years. In this article, he revisits these 40 years of environmental awareness.

According to Radanne, firstly there was a whole cultural appropriation phase: “Many people learned about a new topic and came to see what was being said and done about it. They learned the topics culturally. At the time, ministries, large corporations and a whole host of SMEs and NGOs were already in place, but that initiatory step had to be gone through. This period was characterised by numerous studies and investigations being undertaken, but few investments are made: it all remained quite modest in terms of financial flow”. This first phase ended in 2002.

Then there was a learning phase. As soon as a new issue comes up in a society, there is always a learning curve that cannot be bypassed. Gradually, products, methods, protocols and guidelines were developed. As the environment market is under European jurisdiction, the issue of opening up to foreign competition soon arose. The French Cour de Cassation had to intervene in agreements between public authorities and large corporate groups, agreements that also impacted a number of SMEs, by definition more fragile than they, even if they had considerable technical expertise. For example, in tenders for air pollution control systems, the markets needed to be opened.

The third phase was an Experimental phase. During this period, according to Radanne, some SMEs grew considerably. This was especially the case in the waste sector. On the other hand, things moved much more slowly in terms of energy savings (a little in the construction sector, a little in industry, relatively little in energy and very little in transport). After going through the cultural appropriation, learning and experimental phases, we entered the mass market phase, with a drastic reduction in technological costs. Pierre Radanne sees this fourth phase as having started with the Paris Agreement. At that moment, “things were suddenly on a whole different scale”. Because, for equipment manufacturers, if all countries agree to control energy, develop renewable sources, and manage waste and recycling, these markets will become global. Although it is too early to make an assessment today, we are witnessing a trend as companies move upmarket. The first signs of this can be seen in renewable energies. The transport sector is experiencing quite a cultural change with the advance of electric vehicles. Industry is making significant progress. And the energy production sector is getting involved (although Total and EDF were hesitant about the Paris Agreement).

Private finance on the other hand, still without much involvement, has also begun to rationalise: if sizeable markets open up globally, the banking sector had better not lag behind… Let us not forget that the 2008 financial crisis (French state, local authorities and some banks) also resulted in the environmental emergency being postponed.

Worldwide, we are currently witnessing a crucial and historically unprecedented movement. Up until now, as soon as an advance was made in technology, the seller would seek to consolidate its position as market leader (e.g. Japan with cameras, the United States with computers, etc.): everyone would fight to not lose their grip on their technological advance. Now, the climate issue is utterly central. It is like the bow of a ship: it is what cuts through the water first, then the rest of the ship follows behind it… Since the IPCC* reports and now with the Paris Agreement, the scientific community has provided a task force of negotiators. There was a kind of melting pot which had been fertilising national administrations and companies for over 25 years. All with power previously unseen in the history of technology.

As a result, the whole world has a vision of the future that includes energy savings, renewable sources, electric vehicles, recycling, adapting agriculture to climate change, protecting forests and CO2 storage. Even in the United States, two-thirds of local authorities are set to implement the Paris Agreement despite the President having revoked it. However, while the cultural battle may have been won, and the methodologies and experiments are both still in place, environmental integration is hampered by a lack of long-term vision. The TECV Act* had a clear long-term vision, but implementing it is not so simple: there is no consensus, no worldwide commitment. This is a reflection of a historical condition: France does not have a culture of negotiation. French people want to assert their own will, which they consider to be non-negotiable. A cultural revolution is needed: deals need to be made for fixed periods. There is no need to renounce one’s convictions, but the idea is to agree to walk the same path as the others for a while. This stems from a staircase culture: the objectives (here: going from bottom to top or vice versa) are not negotiable; the staircase must be accessible to everyone, which involves collective solidarity, with the strongest helping the weakest.

This is quite applicable to ecological transition issues, where the steps need to be taken one by one so as not to leave anyone behind. In practice, we set targets, we re-discuss matters in a few years’ time, then we set other targets and so on. A good example is vehicle pollution. If, in the 1970s, manufacturers had been told to emit 70% fewer pollutants overnight, they would not have succeeded. But we progressed little by little and today across Europe, cars emit 70% fewer pollutants.

AND POLLUTEC IN ALL OF THAT?

Pollutec has played a vitally important role in cultural appropriation and a meaningful one in the development of methodologies.

Year after year, more and more people came to demonstrate what they were doing, how they put the theory into practice, for what costs, etc. But until there is a clear road map for the coming years, the momentum may fizzle out. It must be acknowledged that in France, many experiments have been successful. But the problem is they are not widespread: that assembly part – the roadmap for the future – is missing. A key factor is that the banking sector should be involved. Before passing a law, all the stakeholders should be brought together and asked what they bring to the table. From there, we would know how to influence it and what role this or that sector should play.

Pollutec has done the work, but to get all the sectors involved, financing now needs to be mobilised (for example, through a public-private financing conference) and agreements need to be reached with equipment manufacturers and other solution providers.