Air Quality: Can the targets be met in ten years? 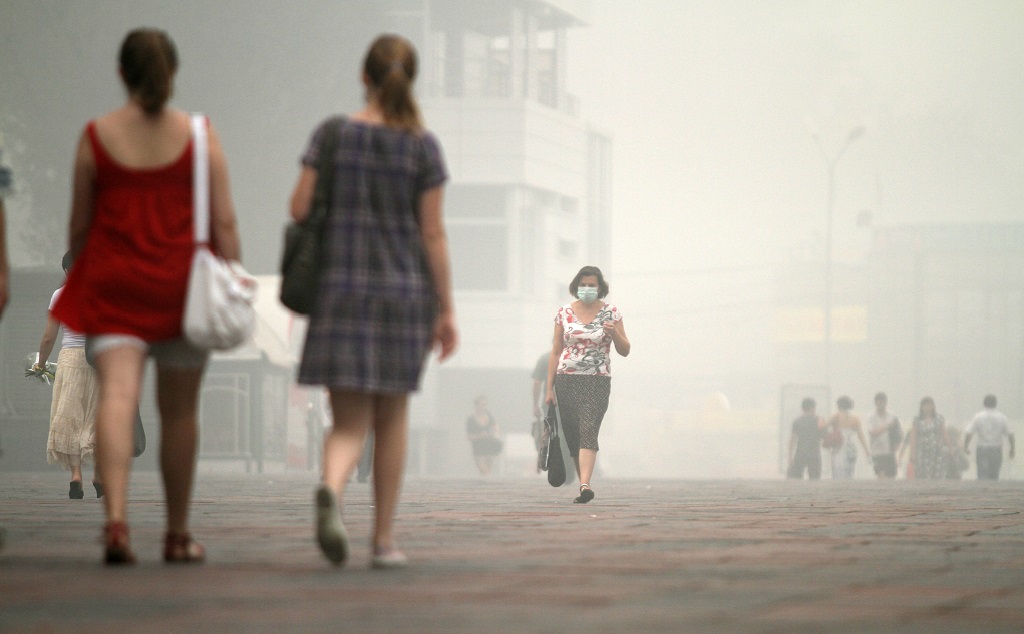 In its latest SoE report (1), the EU forecasts that its air quality targets will be met by 2030. However, we are still a long way from achieving the targets set for 2020. So what exactly is the current state of play?

As demonstrated ever more accurately by scientific reports and other studies, air pollution constitutes a global threat with major impacts on health and ecosystems. The phenomenon is responsible for a number of diseases (respiratory, cardiovascular, etc.) and thousands of premature deaths (400,000 in Europe, at least 48,000 of those in France). It also has significant impacts on biodiversity (e.g. ocean acidification), agricultural yields (down as much as 20%) and the built environment(2). In addition, air pollution ranks second only to climate change among European citizens’ top environmental concerns.

In Europe, the main polluting sectors are transport, construction, energy (production and distribution), industry, agriculture and waste. Crucially, reducing air pollution requires joint efforts and action at every level – international, national and local – which must be coordinated with other environmental and climate policies as well as the many sectoral policies.

All kinds of solutions

In this area, perhaps even more than in others, solutions are based not only on technological advances, but also on structural and behavioural changes. They range from measurement and monitoring tools to tailored solutions for individual sectors. Sector-specific examples include: new engine types and devices to reduce braking emissions (transport), ventilation and air conditioning systems, low-impact materials (construction), cycle paths, pedestrian areas and other infrastructure (town planning), schemes  for tax relief at source (industry), anaerobic digestion facilities (biomass), etc.

On the whole, implementation of these Directives has led to an improvement in air quality (i.e. lower concentrations and reductions in both the number and extent of limit exceedances). However, not all the targets have been met: 20 out of the 28 member states have exceeded limits for at least one of the pollutants. Several have been issued with a ‘final warning’, while 3 have already been condemned by the CJEU for “breaching their obligations under the 2008 Air Quality Directive” (Poland and Bulgaria in 2017, France in 2019). As a result, according to the SoE report’s authors, EU targets relating to air pollutant emissions and concentrations will not be met in 2020.

Nevertheless, the authors believe that if current policies are fully implemented, the goal of meeting air quality standards compliant with WHO guidelines should be achieved within most EU regions by 2030.  As a reminder, one of the recommendations in the WHO guidelines is reducing to 13% the proportion of the population exposed to PM 2.5 by 2030. Where exceedances occur, the guidelines stipulate that these should be kept to within such a limit as to be offset by actions at local level.

There is therefore a pressing need to increase emission reduction initiatives within the most polluting sectors, as well as to review methods for implementing the various Directives.  At international level, the first-ever WHO Global Conference on Air Pollution and Health, held in 2018, concluded that we need to make energy and technologies ‘greener’ (in transport, energy, etc.), reduce the use of fertilisers, and stop incinerating waste (including agricultural waste). In France, where since 1996 the law has recognised “the people’s right to breathe air that is not harmful to their health”(3) the ADEME regularly launches calls for projects focusing on air quality.

An example is the AACT-AIR call for projects, which since 2012 has been helping regional authorities to take action. The 2019 edition of the call (which closes on 20/04/10) is expected to generate practical initiatives aimed at overcoming the technical and/or legal problems sometimes encountered by local authorities. In other words, R&D-based projects no longer fall within the remit of AACT-AIR. These can however be submitted under a new call for projects, set to be launched this year (see box).

Now, the question remains as to whether the existing targets are sufficient. The majority of these were set several years ago, or even decades ago in some cases. Yet knowledge is deepening all the time, particularly of issues relating to the effects of pollutants on health and the environment. On this point, it should be noted that the WHO is currently in the process of revising limit values, especially for fine and ultra-fine particles.

Coming soon: a new call for projects dedicated to R&D

In June 2020, the ADEME will launch the AQACIA call for projects (short for “Improving Air Quality: Understand, Innovate, Act”) as part of a new R&D programme. AQACIA is set to replace the existing Primequal, Cortea and AACT-AIR R&D programmes. By way of background, Primequal (the inter-agency research programme for better air quality) was launched back in 1995. The most recent call for projects (July 2019) centred on the relationship between air quality, climate change and energy (www.primequal.fr). Meanwhile, the Cortea programme (which derives its name from the French for “Knowledge, reduction at source, and treatment of air emissions”) sought to encourage collaborative R&D projects on emissions from the agricultural, construction, industrial, energy and transport sectors (www.ademe.fr/en).