Report on the Circular Economy Summit 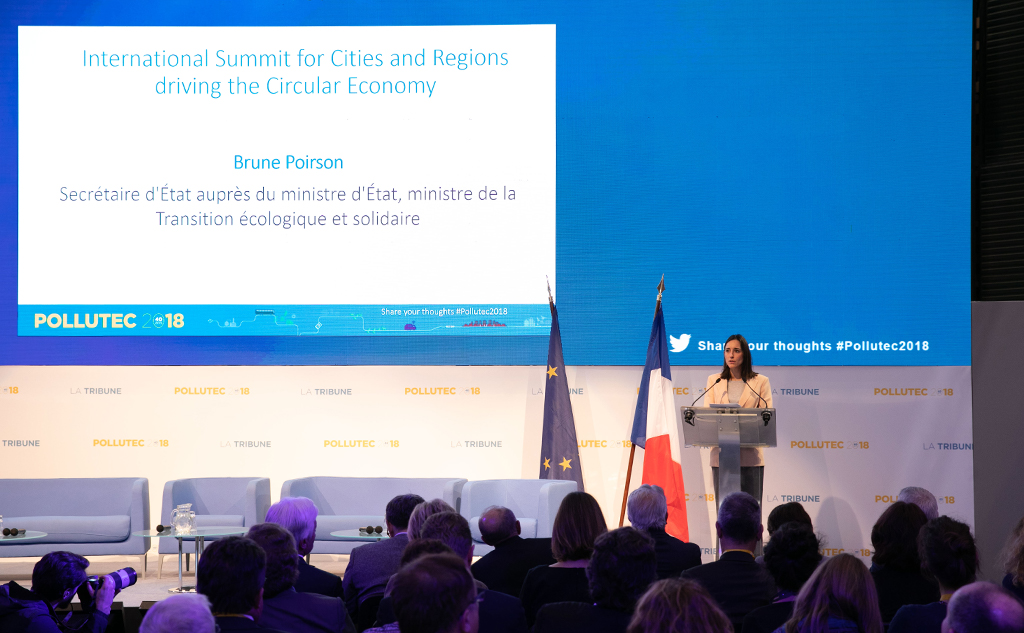 The circular economy at Pollutec

Several years ago, Pollutec decided to explore the circular economy, a concept set to overturn the models, economic organisations and industry professionals across the environmental sector.

With circular economy models resting primarily on structure-building efforts and initiatives at the local level, this move was also designed to broaden the dynamics developed around the sustainable city which had long been promoted at the show.

In 2016, the first talk organised during the show not only illustrated the growing awareness in cities and regions of the challenges of circularity, but also highlighted the initial actions and experiences of the cities pioneering the move.

With the support of Lyon Métropole, Pollutec welcomed the cities of San Francisco, Amsterdam (already recognised as Europe’s first circular city) and Singapore, as well as the Ellen MacArthur Foundation, with the aim of creating a global network of circular cities.

On the back of this first experience and with the active support of Lyon Métropole, in 2018 Pollutec wanted to establish the circular economy’s place at the show through a broader initiative: the Summit for Cities and Regions Driving the Circular Economy.

Organised in full co-operation with a steering committee(1) and international partners(2), this event sought to shed light on the challenges involved in transforming the activities central to the regions in order to conserve resources, limit the impacts of human activity, and generate new local loops and values. It also aimed to highlight the operational dimension of different aspects(3) of the circular economy, using concrete initiatives and field projects. These were brought to light following a call for projects which helped to collect 53 initiatives, at varying stages of development, with different types of public and/or private delivery, often cooperative in nature, and across different types of region in France, Europe and internationally.

The programme offered a platform for testimonials, experience sharing and meetings bearing on the main directions set out by the representatives of the French, European and international cities, regions and local/regional authorities in attendance. These included:

Emeline Baume, Consultant for Lyon Métropole, Waste prevention and circular economy delegate, is revisiting the Summit for Cities and Regions Driving the Circular Economy and outlining Greater Lyon’s strategy in this area.

Read more: A call for demonstrator projects on the circular economy and eco-efficiency