Decarbonation of the industry: we are accelerating! 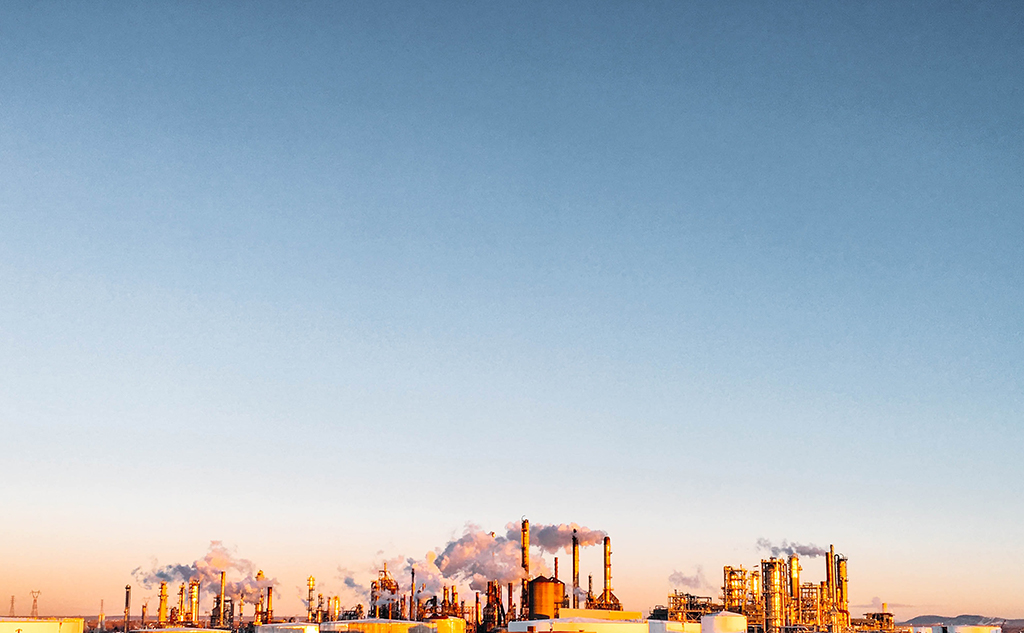 Accelerating the greening of the economy and the decarbonation of industry is one of the five areas of work identified by the (French) National Industry Council (NIC) at a meeting of its Executive Committee last May. Since then, three calls for specific projects have been launched for a total of 1.2 billion euros between now and 2022 as part of the “Ecological Transition” component of the French Recovery Plan. But what exactly is meant by “decarbonizing industry” and is it really that new?

According to the figures taken up by the new SNBC(1), French GHG emissions were 445 MteqCO2 in 2018. Industry accounted for 17.75% of this total with 79 MteqCO2, behind transport (30.78%), agriculture/forestry (19.32%), building & construction (18.87%) and ahead of energy (10.73%) and waste (3.14%). Between 1990 and 2017, industrial emissions decreased by 47%, in particular due to energy efficiency gains and process improvements. However, the objective of carbon neutrality (i.e. balance between emissions and absorption) in 2050 set by the French Energy-Climate law of Nov. 8, 2019 implies to bring the country’s total emissions to 80 MTeqCO2 by 2050. For industry, this trajectory translates into an 81% decrease in emissions compared to those of 2015. It must therefore be accelerated.

What exactly are we talking about?

In very basic terms, decarbonizing industry means optimizing processes and procedures to make them more carbon-efficient. Today, two-thirds of industrial GHG emissions come from energy-intensive industries: steel, aluminum, ammonia, cement, chlorine, ethylene, paper and cardboard, sugar and glass. But in some of these sectors, the decarbonation potential remains low with existing technologies. This is particularly the case for steel, ethylene or aluminum but also, to a lesser extent, for cement, sugar and glass. In these sectors, emissions are difficult to reduce and changing the energy mix for RE will not be enough. The other sectors (paper and cardboard, chlorine and ammonia) have a higher potential. It should be noted in this respect that Ademe (the French Environment Agency) is currently developing national low-carbon transition plans for each of these nine sectors.

What awareness of the climate emergency among SME and ETI managers?

A study by Bpifrance Le Lab shows that, even if 80% of SME-SMI managers are aware of the climate emergency, few of them integrate the issue into their corporate strategy*. More specifically, only 13% of managers say they will be able to reduce their carbon emissions “significantly” over the next five years. According to the study, what is holding them back are financial resources, a lack of technological solutions or a lack of customer recognition. To help them in their transition, executives expect strong support from public authorities, including financial incentives (subsidies, tax incentives) and regulatory changes. The study also confirms that it is still the most convinced managers who do the most (e.g.: selection of suppliers based on environmental criteria, eco-design, choice of carbon-free energy, etc.).

Decarbonation in search of projects…

Through its Sub-Department for Transport Equipment, Mechanics and Energy, the Department for Enterprises within the French Ministry of the Economy is piloting numerous projects such as the emergence of a French battery offering for mobility, the deployment of the industry of the future among SMEs, the development of hydrogen technologies (mobility and energy) and the implementation of the six sector contracts already signed (new energy systems industries, marine industries, automotive, aeronautics, railways, nuclear). The aim of the “Decarbonation of Industry” project is to support industrial sectors in the identification of solutions that can be used to decarbonize and in the construction of their emission reduction trajectories. It also aims to support them by developing new systems so that they have a framework favourable to the implementation of the identified decarbonation actions. More broadly, it intends to contribute to all work that has an impact on decarbonation.

As part of France Relance‘s “Ecological Transition” program, the government launched two calls for tenders and a call for interest at the beginning of September via the French Environment Agency Ademe. The calls for tenders (closed on October 20) focused one on improving the energy efficiency of processes and utilities (grants for investment projects over €3 million) and the other, on low-carbon heat and the use of biomass boilers in line with what was already being done (AAP BCIAT in particular). Those will be supported by a new operating support mechanism designed to offset the additional costs associated with the use of decarbonized fuels and by a call for interest on the production of heat from solid recovered fuels (SRF).

More specifically focused on process adaptation, the call for interest (closed on 9 11) should make it possible to identify what is already underway in plants to make process changes, apart from energy efficiency or low-carbon heat production projects that are already covered by the calls for tenders. These include initiatives to electrify production or promote new material uses. Based on this, dedicated calls for tenders will be launched in 2021 and 2022.

Between them, these calls for tenders and interest will benefit from a total budget of €1.2 billion between now and 2022, including €200 million from 2020. According to the French government, this support should, “enable French industry to modernize while significantly reducing its greenhouse gas emissions and to place itself on a sustainable path towards carbon neutrality“.

Heat recovery and valorization in industry, key elements of decarbonation

In addition to specific solutions that promote energy efficiency or the integration of renewable energies(2), decarbonizing production also involves recovering and using the heat generated during process operations. The challenge here is twofold, insofar as it also allows for a circular economy approach.

According to Ademe, French industry consumed 302.6 TWh of fuel (for furnaces, dryers, boilers, etc.) and 117 TWh of electricity in 2017(3). More than a third of the fuel energy consumed was rejected in the form of heat, i.e. 109.5 TWH of which 52.9 TWh at over 100°C. Among the main sources of fatal heat are fumes from dryers, cooling fluids from refrigeration systems, boiler fumes, cooling fluids from air and refrigeration compressors, sensible heat from products leaving the kiln (e.g. steel, clinker, glass) and cleaning water. It is possible to convert heat into electricity on discharges of more than 300°C via ORC (Rankine Cycle) machines or turbines. But in most cases heat exchangers are used.

The recovered heat can be reinjected directly into plant processes (preheating or heating), it can be used to heat premises or it can contribute to the production of domestic hot water. Various technological developments have taken place in recent years. For example, Clauger has developed the Hot Storage Battery, which recovers the heat contained in the plant’s fatal waste, stores it and returns the energy in the form of hot water at the desired time and temperature level. A 110 m3 closed-circuit installation has been installed at one of its food-processing customers. Other examples, CNIM recently supplied a heat recovery system (absorption heat pump, scrubber and 14 air-water heat exchangers) to recover the waste heat produced by a dryer (fumes) from Wienerberger, the Austrian leader in roof tiles and bricks. For its part, Eco-Tech Ceram installed its flagship Eco-Stock system on the site of Tegulys, another tile and brick manufacturer (Corrèze, France). The system, which is designed using refractory ceramics, captures and stores the fatal heat from the firing kiln and reuses it, as required, in the dryer and the pre-firing chamber. This project was due to be inaugurated on November 20.