Education and acculturation: the key to a robust biogas sector 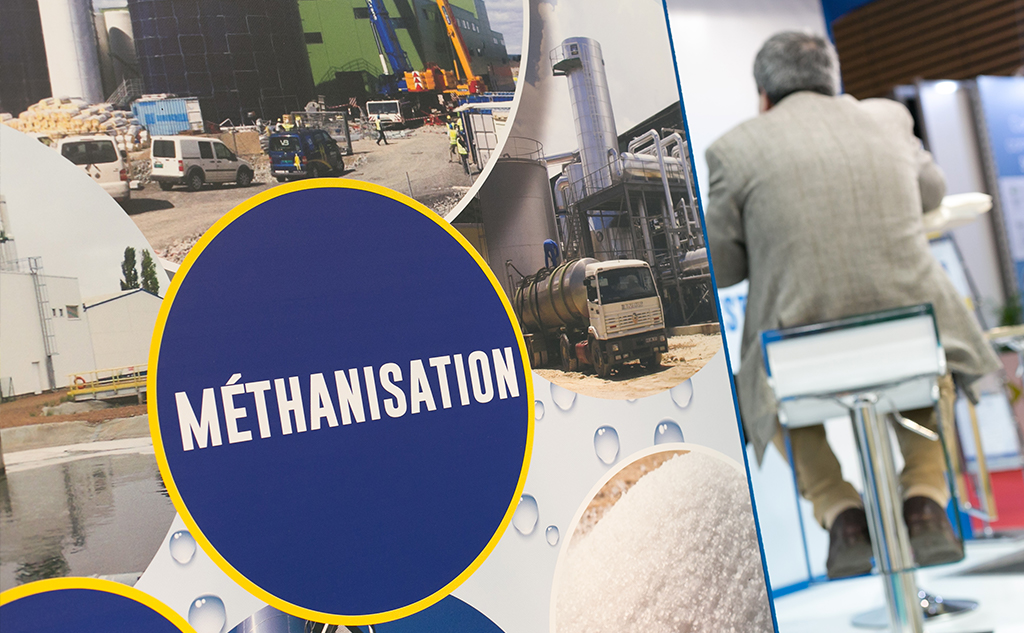 This is the percentage targeted by the government for 2030. A percentage that certain gas sector stakeholders are already aiming to increase to 30%, especially through the all-origin biogas and biomethane boom.

Even if today the biogas and anaerobic digestion sector is unquestionably identified as a cornerstone to the energy transition via biomethane cogeneration or production strategies, this has not always been a stroll in the park. There has been change and growth in the sector that Pollutec accompanied very early on. Xavier Joly, chairman of the company Gaséo and Biogaz Vallée, regularly exhibits at the show. Exhibiting for the first time in 2002 with his first company Gas Environnement, he lived through this period of rising interest for anaerobic digestion and biogas. “Pollutec has been an essential place of learning, to begin with on landfill biogas energy reuse then anaerobic digestion and production of biomethane at higher added value”. Today, the trend is robust. Since 2011, the biomethane purchase prices have consolidated the sector. However, with the sector’s development, the project sponsors are no longer the same and the educational work continues. That is why Pollutec remains the key event, with a village bringing together the ATEE Club Biogaz and Biogaz Vallée, whose concern is to present the entire value chain and to ensure visitors find the right person to talk to. “The objective is to avoid any counter references”, confides Xavier Joly. Visibility over highly specific French expertise (as based on waste) at Pollutec, which is also an opportunity for international outreach. “The show is a resonance chamber. We have progressed little by little, but given the type of discussions taking place today, acculturation is really beginning to pay off”, comments Grégory Lannou, Biogaz Vallée coordinator.

Genuine growth relay for biogas reuse after energy reuse, research into biomethane production is in tumult, with wide-ranging expertise on biogas purification to produce biomethane fuel or to enable its injection in natural gas networks. A development in the market that Pollutec has fully supported over the last few years, highlighted in 2005 with an EEP (European Environmental Press) award going to the Spanish company Hera Holding for its biomethane fuel production process. Since, it has been non-stop, and the show has welcomed experts from start-ups such as Arol Energy, Prodeval, Deltalys or even Cryopur or Waga Energy, two companies having chosen to use cryogenic technology to purify biogas.

Green Creative, history of a start-up at Pollutec

In 2011, one year after its creation and one year before the Grenelle law imposing sorting of biowaste by large producers, Green Creative exhibited for the first time at Pollutec. “A small stand, just 6 m2, highly technical, a typical engineer’s stand with posters full of text and unappealing prototypes with little marketing”, recalls Lucile Noury, founder of the company. However, this engineering logic enabled the small team to receive initial feedback on its offer for deconditioning biowaste and a second smart bin project. Three years later, the start-up returned to Pollutec on the Ile-de-France stand. “A new step further, enabling us to present ourselves in a more attractive manner, to generate the first Flexidry orders and make our ambitions known”. This was definitely the case in 2016 with a large stand, in the biogas sector, the company brought its Flexidry machine to the site and “drew the crowds”. Result: six new installations in 2017 and the 2018 goal, to sell around ten more in a smart version for increased productivity and performance. That’s why they were back in 2018!

Securing supplies, improving processing techniques, diversifying recovery processes, increasing capacity and expanding the network. Biogas-related innovations attest to the growth of the sector every year. During the last edition of Pollutec, the solutions focused on the collection of bio-waste, on the production and on the purification of renewable gas.

BASF France: Waterproofing and concrete protection for structures and sanitations

BioEnTech: Integrated solution for the monitoring of anaerobic digestion plant in co-digestion

BioEnTech: Fast method and comprehensive biochemical characterization of substrates in near infra-red