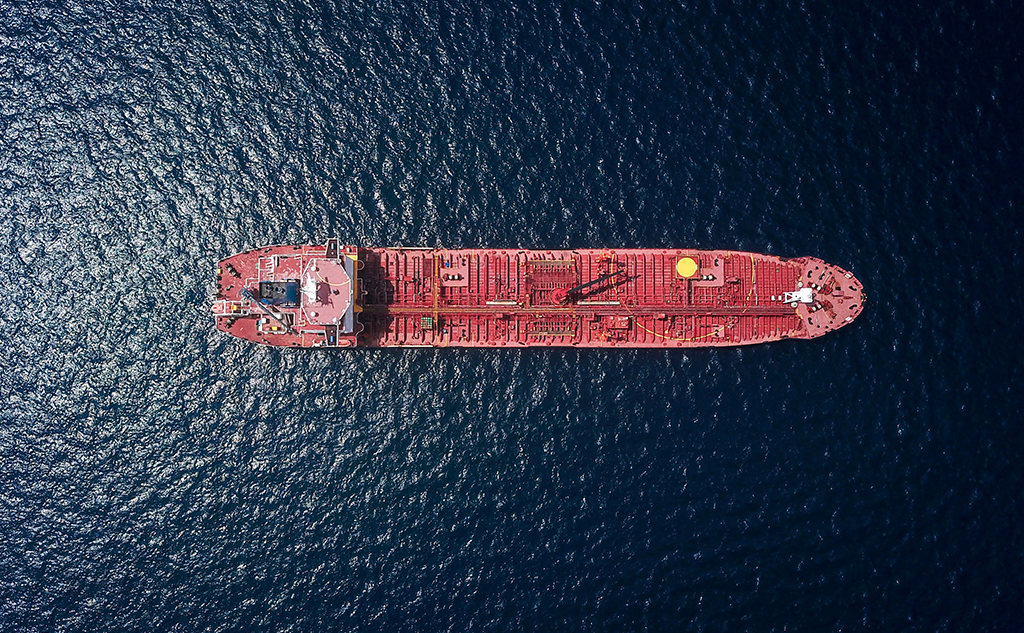 Nowadays, 90% of all goods traded around the world are carried by sea, on an estimated total of 59,000 ships. The 10-billion-ton mark was reached in 2016. In France alone, a merchant vessel will dock in port every six minutes. But like all human activity, sea transport has its impact on the environment and on the climate. So faced with this, the industry is organising itself, often in line with regulatory requirements, but also increasingly through voluntary and collaborative initiatives.

What are the impacts?

Sea transport impacts environment, health and climate, as well as biodiversity, often in interrelated ways. The main environmental and health pressures come from: the high levels of SO2 emitted from the fuel-oil used by ships, which generate SOx emissions; de-ballasting and de-gassing operations; anti-fouling applied to ships’ hulls; waste production; and end-of-life issues relating to the vessels themselves (dismantling and recycling). The effects on climate relate mainly to the high energy consumption of vessels(1) and the resultant GHG emissions (3% of the global total). Finally, the impact on biodiversity includes noise pollution and collisions with cetaceans, not to mention the consequences of accidental pollution.

As noted above, these various types of impact may be interconnected. This is the case, for instance, for ocean acidification, a consequence of the rise in GHGs which affects all marine life (plankton, corals, etc.).

What are the solutions?

The International Maritime Organization (IMO) is the sector’s regulatory body, and has already implemented numerous new regulations. Among others, these include: limiting sulphur content in fuels to 0.5% from January 2020, as against 3.5% currently (see MARPOL regulation of 2005)(2); setting a target for a 50% reduction in GHG emissions by 2050 compared to 2008 (see April 2018 agreement, reviewable in 2023); and the development of a Polar Code to reduce impact and prevent pollution in the particularly vulnerable Arctic and Antarctic regions.

Solutions to be deployed…

At the end of August, ten French ship-owners and one Italian ship-owner signed up to the SAILS (Sustainable Actions for Innovative and Low-Impact Shipping) charter, put forward by France. Through this charter for best practice they have undertaken to implement specific actions, exceeding their obligations in one or more selected fields: protection of cetaceans, reduction in submarine noise, reduction in pollution emissions, and raising awareness among passengers of the need to protect the environment (for cruise-ship and ferry companies).

Alongside this, France has renewed its proposal to reduce the speed of bulk transport vessels (oil tankers and cargo ships) in order to meet the target of a 50% reduction in CO2 emissions per ton transported by 2050. However, while this solution has been described as “the most appropriate and the fastest to implement, as well as the easiest to monitor” by the Armateurs de France (Professional Association of French Transport and Maritime Services Companies), it must be applied globally if it is to be effective. So a real diplomatic struggle is taking place…

Whether coastal or high-sea, tourism is also involved in most of these challenges. 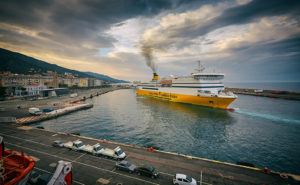 In this respect, credit should be given to the proposal from the PACA (Provence-Alpes-Côte d’Azur) region of France for cutting pollution generated by ships at the quayside. The proposal “Zero-smoke stopovers”, which is aimed at cruise ships, is to be submitted to a vote at the regional council’s plenary assembly in October.

For this initiative, €30 million would be needed to fund the electrification of quays and provide the equipment these ships will need. By  2025, the proposal will involve the region’s three main port cities, Marseille, Toulon and Nice, which respectively account for a total of 3700, 1200 and 850 stopovers (cruise lines and ferries combined)*. As only a dozen ports around the world are fitted-out for this currently, the initiative would be a first for France and the Mediterranean.

* Marseille already has facilities for ferries to Corsica.

This will be the theme for the UN’s World Maritime Day 2020. As a reminder, the UN has dedicated one of its 17 SDGs to ocean-based resources. Goal 14 pledges to: “Conserve and sustainably use the oceans, seas and marine resources for sustainable development”. As a specialist institution of the United Nations, tasked with ensuring health and safety in sea transport, as well as preventing pollution of the seas by shipping, the International Maritime Organization (IMO) is especially concerned with implementing this goal. However, as the various SDGs are interconnected, some of its activities may contribute to more than one goal.

1) In 2018, sea transport is said to have consumed the equivalent of 3.5 million barrels of oil a day, which represents 5% of global demand (source: Mer & Marine).

2) MARPOL: International Convention for the Prevention of Pollution from Ships. The regulation, known as “Sulphur Cap 2020”, constitutes a real revolution in the sector.