A new era for air quality? 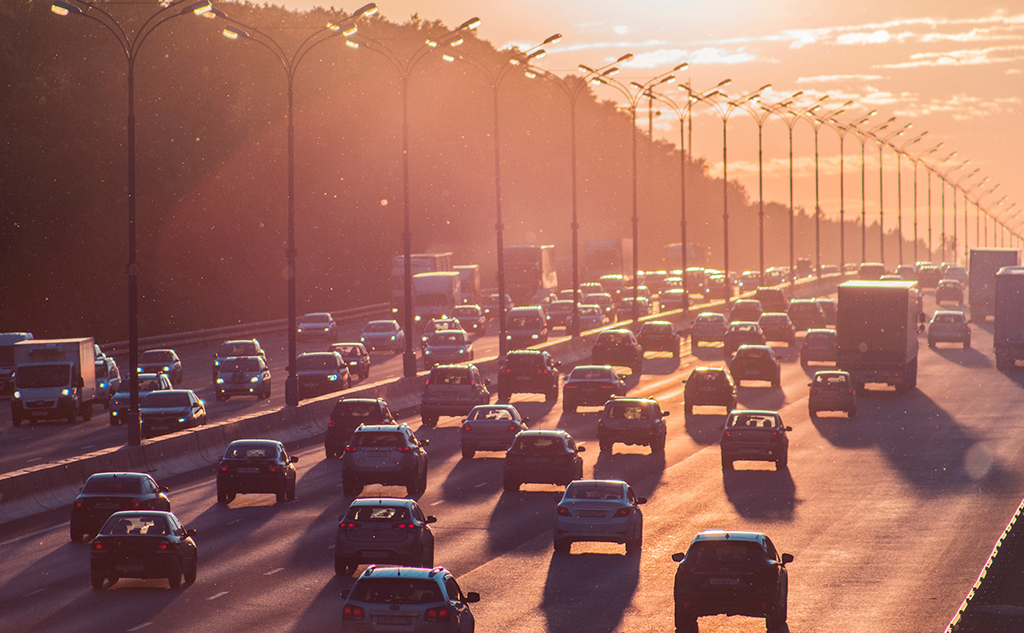 With 48,000 deaths per year in France and more than 428,000 in Europe, air pollution is a major public health issue. It is the number one environmental concern of French people. Awareness was all the more striking in this particular year, marked by a period of almost total containment. Since then, a few measures have been taken and technological advances continue to be made. But for professionals, it is a whole economy that needs to be created.

According to the CGDD (a department in the French Environment ministry), air quality has improved in France over the period 2000-2019 in line with the reduction of pollutant emissions(1). However, the regulatory thresholds set for the protection of human health are still being exceeded in 56 towns and cities, particularly for ozone, nitrogen dioxide, fine particles and, to a lesser extent, nickel and benzo(a)pyrene. Road traffic alone is estimated to be responsible for 57% of nitrogen oxide emissions and a significant proportion of direct emissions of fine particles in France.

Perpetuate the reduction of pollution linked to containment

FIMEA, the French Interprofessional Federation of Atmospheric Environment Professions, brings together more than 70 SMEs specializing in the various fields related to improving air quality(2). Its president, Etienne de Vanssay, discusses the challenges and the levers to be used to “renew” and sustain the reduction in air pollution initiated during containment.

“Pollution has a harmful effect on health in the short and medium term. For example, in addition to the already well-documented effects such as COPD or cardiovascular disease, more and more scientific studies are beginning to show links between obesity and pollution, even with diabetes or neurodegenerative diseases (Alzheimer). In recent news, the scientific world increasingly suspects a direct link between the level of pollution and contamination by the coronavirus (and its successors) with an aggravated risk for populations of vulnerable individuals.

It is also necessary to recall that there are two main categories of air pollutants (cf. article 2 of the French law ‘LAURE’): pollutants with short-term effects (essentially health effects or PES) and pollutants with long-term effects (essentially GHG with climatic effects). The first have almost immediate deleterious effects on our health while the second have a long-term action (today’s emissions will have effects in 50 to 100 years), however both are generally emitted by the same sources. The lever for transformation is therefore very strong: by taking care to promote synergies and fight against antagonisms, acting on air quality today would make it possible to solve the climate problem tomorrow. This is the message we need to get across, because air affects everyone regardless of age, origin or level of education, so it’s up to all of us”.

Towards a “new air economy”

“Another fact not revealed by the health crisis, according to Etienne de Vanssay, air quality will have an economic reality in line with the stakes. A sustainable solution to improve air quality and the accompanying economic solution go hand in hand. Creating value, jobs and the economy in a virtuous circle is the best way to accelerate the transformation.

FIMEA is promoting the notion of the “new air economy“, particularly in the Conseil National de l’Air (French National Air Council) and to go further, we will have to work with the French ministry of Economy, so that the air economy appears alongside the four other major economic sectors of the environment, which are energy efficiency, energy transition, waste and water.

To this end, within FIMEA, we are carrying out several major projects including Aircosystem to determine the economic system of air. And it is a consequent work because there are several economic vectors of air quality, but none of them are self-evident. At the same time, other levers should be activated, such as regulation. Today, the latter remains “light”. There are some at the industrial level, at the professional level (exposure to chemical agents in the workplace), and in buildings for sensitive populations (children, the elderly, etc.), but it is far from being sufficient.

It is also necessary to think about the implementation of actions with monitoring networks and associated action plans: PPA (Plan de protection de l’atmosphère), PRQA (Plan régional qualité de l’air), SRCAE (Schéma régional climat air énergie). Over the past fifteen years, there has been an increase in air quality issues with the emergence of important events such as Les Respirations and Atmos’Fair, public authorities’ positions and a few bills. And then, air quality has been taken out of the governmental structures (e.g. the High Council for Climate, the Climate Energy Strategy… where the air has disappeared), and this must be remedied.

Finally, another important lever would be the implementation of monitoring and control tools, but also awareness raising and training, because monitoring air pollution will be more efficient if it is done collectively”.

In the end, for E. de Vanssay, “the road remains long but ‘practicable’: information, awareness raising, binding regulations, a paradigm shift for monitoring and support from political bodies as well as adapted tools would be the first solid steps towards a real improvement in air pollution problems“.

In the meantime, the solutions are exposed

In line with the main lines of the environmental policy that emerged in France in the 1970s, the Pollutec trade show very early incorporated air issues: first ambient air, then indoor air in the 2000s. Each edition of the show is thus an opportunity to display the latest innovations launched by professionals in the fields of instrumentation (measurement, modeling…) and treatment (filtration equipment, suction, purification, dust removal…), not to forget solutions with a lesser impact. In early September, the innovations already declared by the exhibitors mainly concern instrumentation. They include a stand-alone analyzer that evolves to take into account formaldehyde, an automatic analyzer for volatile and semi-volatile organic compounds (Airmotec/Chromatotec), a sequential sampler with real-time analysis of black carbon content, a chromatograph for BTEX that works without carrier gas (Dado Lab). In addition, a gas dryer to protect the moisture analyzers is also available (Dado Lab). Finally, the world’s first autonomous air quality monitoring station (Solar AQMS) proposed by Envea brings together the latest advances from the IMA specialist: eco-designed analyzers (e-Series), high connectivity, 24 V power supply (hence compatibility with batteries and solar panels), data acquisition and processing system for energy management, etc. Capable of withstanding temperatures of up to 50°C without air conditioning or connection to the power grid, it is suitable for developing countries as well as for smart cities seeking to diversify their energy mix.

At the same time, space applications have been the subject of a special focus at the show for several years. Indeed, satellites, ever more efficient, are able to monitor the planet (land, oceans, climate but also air, like the ammonia detection system in the atmosphere). In these fields, the possibilities are vast and constantly evolving. In this respect, Jean-Yves Le Gall, the president of the Centre national des études spatiales (CNES), emphasizes that: “because 26 of the 50 essential variables that describe the climate can only be observed from space, CNES has made the fight against climate change its priority, by cooperating with its international partners to develop ever more efficient tools and, above all, by organizing real coordination between space agencies around the world. During the containment period linked to the Covid-19 epidemic, it was for example the satellites of the European Copernicus(3) program and the IASI(4) instruments installed on the Metop satellites that highlighted the decrease in atmospheric pollution linked to the decrease in anthropogenic activities”.

The president of the CNES continues: “with the recovery from the health crisis, monitoring pollutant emissions linked to our lifestyles seems more relevant than ever in order to preserve our planet, a common good of humanity. The need to monitor the evolution of greenhouse gases has never been so strong. The objective of the CNES MicroCarb mission, scheduled for 2021, is precisely to map, on a planetary scale, the flows of the main anthropogenic greenhouse gas: CO2. Microcarb will be equipped with a spectrometer capable of measuring carbon dioxide contents with great precision. It will also include an imager to detect clouds, whose presence has an influence on the measurements. While carbon dioxide is the main cause of global warming due to human activities, methane is in second place. To find out how it is produced, Merlin, an innovative mission designed by CNES and the German Space Agency (DLR) will track its emission sources as early as 2025. These observations from space will be unique both in terms of precision and sampling. Thanks to them, scientists will be able to better quantify and locate methane emissions throughout the planet and track their evolution. They will complement a range of other measurements acquired by instruments already at work on missions such as IASI or Sentinel-5P and soon the Copernicus CO2 Sentinel and the new generation IASI-NG instruments”.

A summer rich in air quality news in France

Partners within the Central Laboratory for Air Quality Monitoring (LCSQA), Inéris and LNE have created the CIE (Certification Instrumentation for the Environment) association to establish certification of the sensor systems dedicated to air quality measurement. This certification (“Air Quality Sensor“) will first cover PM2.5 and NO2, then O3 and PM10.

At the beginning of August, Ademe launched the first call for proposals under the new research program to improve air quality (AQACIA), which replaces the Primequal and Cortea programs, as well as the R&D component of AACT-Air and the Air component of Impacts (applications must be submitted by November 27).

Finally, on the occasion of the National Air Quality Day on September 16, 2009, the Ministry of Ecology confirmed that the new version of the air quality index would come into effect on January 1, 2021. Incorporating PM2.5, removing the ‘Very Good’ level and adding an ‘Extremely Poor’ level, this new Atmo index is intended to be more precise and clearer so as to be “more representative of the state of air quality and more in line with the concerns of citizens“. In addition, its thresholds are “aligned with those chosen by the EEA*”. On the other hand, it does not take into account ‘cocktail effects’ (mixtures of pollutants) which, until now, have not been subject to regulation.

3) Launched 20 years ago, the European Copernicus program puts “observation and monitoring of the environment and the Earth at the service of citizens and decision-makers”. It provides objective, free and open data on climate change, air quality, ocean monitoring, continental surfaces, security and emergency monitoring. These data come from observation satellites (including the “Sentinels”) and information collected in situ (beacons at sea, balloons, ground measurements, statistics, etc.).

4) The IASI instrument (Atmospheric Infrared Sounding Interferometer) measures the temperature and humidity of the atmosphere and detects the gases present (O3, CH4, CO…) even in trace amounts.

Lire aussi : Air Quality: Can the targets be met in ten years?