Air, the challenge tackled with the big picture in mind at Pollutec 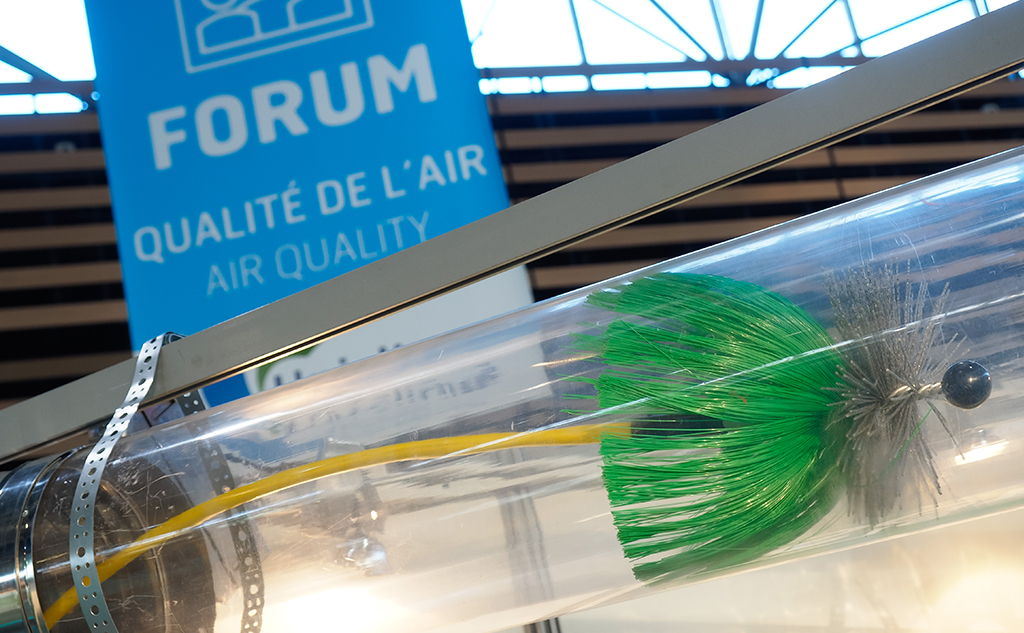 A global vision of and health perspectives on air quality

Third original theme of the Pollutec trade show, the way in which air is understood has changed significantly. The turning point came in the mid 1990s, with the French law on air, the so-called Lepage Law, laying out the “right of each and every person to air that is not harmful to health” for the first time. Specifically addressing certain types of pollution and with a certain tolerance, the sector, also backed by European directives, enters into a global health vision of air quality, hardening requirements on certain symbolic pollutants (dioxins from incinerators in 1997, VOCs in 1998, nitrogen oxides etc.) and especially broadening the scope of concerns.

Pollutec therefore exhibits a series of anti-dioxin (catalytic membrane by WL Gore in 1999, Dioxorb adsorbents by Air Innovation etc.) and anti-VOC (bio-filtration, thermal oxidation, cryocondensation etc.) solutions. Then comes indoor air quality which has besieged the show, especially as building thermal insulation exacerbates the problem, along with particulate matter (PM). And all this, with a parallel shift for innovation in multi-pollutant, miniaturised, real-time, more precise metrology, along with the contribution from digital expertise (data, modelling). 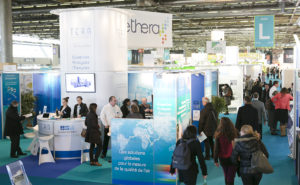 The “Air quality” sector at Pollutec

Like the conference organised in 2007 by Europe&Environnement, indoor air quality was addressed fairly early on at Pollutec. In 1998, G&E started the ball rolling with a negative ion generation solution capable of neutralising airborne pollution. Then followed the first solutions integrating photo-catalysis (Airsur or Ahlstrom from 2004, Biowind, BMES etc.). Above all, metrology has developed: Ethera presented its first formaldehyde detection kit in 2011. Other sensors followed with Cairpol (now an Envea subsidiary) or EcologicSense in 2013. And 2016 marked the introduction of continuous formaldehyde monitors by InAir Solutions. Even the issue of moulds, less well known, found an original early detection response with the start-up Conidia in 2013, then CSTB.

Materials which depollute ambient air have often found themselves in the spotlight at Pollutec. From 2004, Eurovia launched Noxer and its applications on noise walls or pavements. TX Arca architectural white cements from Ciments Calcia followed in 2007, getting in ahead of other offers, including the Tarmac depolluting paving stone in 2008 or other coating applications such as those by Nanofrance in 2008 and the photo-catalytic surface coating by Sudlac in 2010.

To reduce particles, all solutions are welcome, like the Finoptim combustion optimisation technique for traditional fireplaces (presented from 2012) or even the approach by the motor vehicle equipment manufacturer Telma, with no friction, and therefore no particle, induction braking. An especially useful solution for skip lorries in towns and cities which spend 22% of their time braking!

What better than trying to imitate nature? This is somewhat the idea behind the “electronic noses” concept, which are used to qualify an odour via integrated sensors and specific data processing. At Pollutec, the concept emerged in 1996 with the Belgian centre Certech. Fondis Electronic took it on in 2000 with the Cyranose, followed by Alpha Mos which launched its RQBox, subsequently linked to dispersion analysis software.

THE INNOVATIONS OF POLLUTEC 2018 RELATED TO AIR

The Air solutions exhibited at Pollutec fall into three main areas: instrumentation, equipment, low-impact solutions. Each of these axes is characterized by real French know-how and ever-increasing innovations.

BeeOdiversity: Control of the environment by domestic or wild bees

Anemotech: Depolluting fabric based on the natural movement of the air

Suez: Use of microalgae to clean urban air and enhance CO2 into green energy