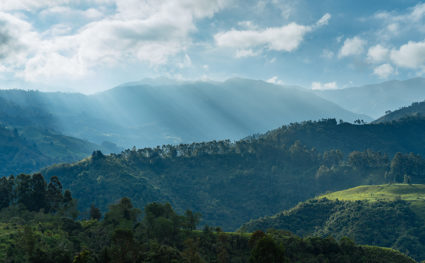 The second most bio-diversified country in the world after Brazil, Colombia is currently one of the countries on the planet that is most vulnerable to climate change. Almost 1,200 species are threatened due to deforestationand pollution associated with extensive livestock farming, illicit plantations of marijuana and coca and also illegal mining operations.

Committed to a policy of sustainable development and the exploration of circular economy models, Colombia was prominent at the COP 21 and is now working to comply with the targets of the Paris Agreement. 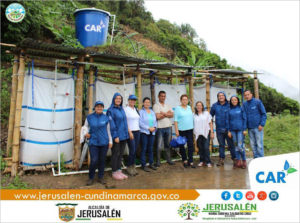 As part of this national vision focussing on the preservation of the environment, certain Regional Corporations (CAR) have committed to this through local initiatives. This is the case of the Cundinamarca CAR which launched a self-sufficiency and sustainable development pilot project in one of the poorest and most vulnerable municipalities of Cundinamarca: Jesuralén. Although located close to the Magdalena river, one of the country’s important waterways, it is seeing a very significant reduction in its economic resources due to the poor state of the surrounding road network which restricts its economic relations and flows and to its natural resources management problems.

Initiated in 2016, the “Integral eco-sustainability programme targeting alternative energies” project aims to install the required infrastructure and make the population aware of sustainable development. The goal is to transform Jerusalén into a self-sufficient city.

Little by little the programme is paying off. However, the precise results of this project are still hard to predict as it will evolve in line with investment and its execution. In the future it is expected that this pilot scheme will be reproduced in other municipalities in Colombia and also be used as an example for Latin America and even for other continents.