Micropollutants in water: entering the age of quaternary treatment 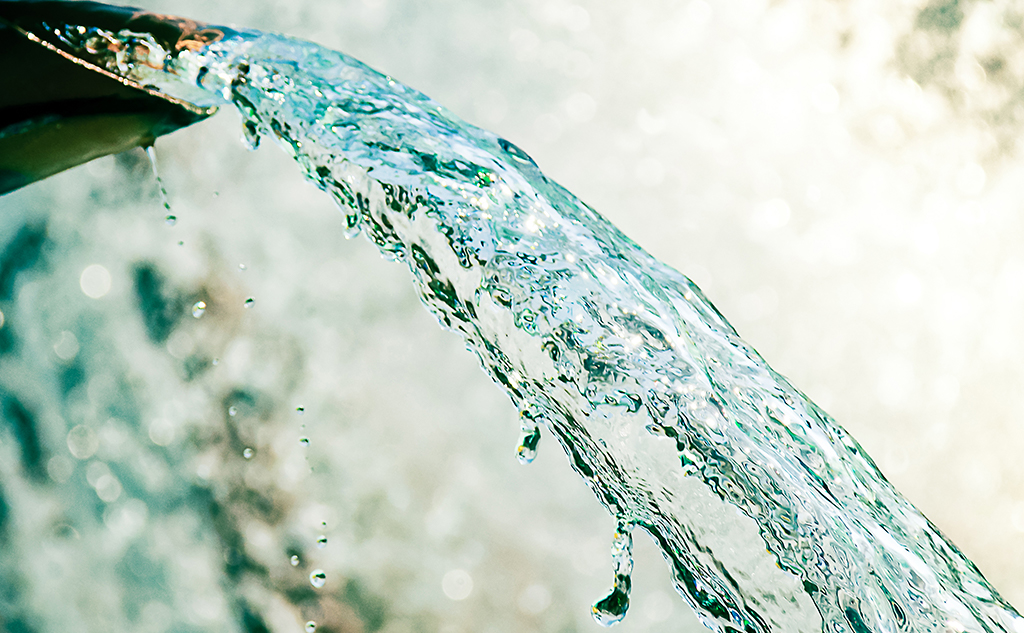 Micropollutants is the term used to describe substances that are able to affect living organisms at very low concentrations (micro- or nanograms per litre) due to their toxicity, persistence or bioaccumulation. These substances pervade the environments through direct release into the waters, or from fallout from the atmosphere onto soils and surface water. Today we know about monitoring and analysing these micropollutants, but where are we on processes to eliminate them?

They include a wide variety of molecules, with very different chemical properties (European regulations identify over 110,000). These are generally grouped by “chemical family” (organic and inorganic) 1 or by their application (e.g. biocides, pesticides, solvents, medicines etc.). Organisms are susceptible to concentrating these pollutants within their tissues (through bioaccumulation, bioconcentration, biomagnification or biotransformation).

Depending on the duration of exposure, the toxicity of these pollutants may be acute or chronic. Amongst those considered as “of great concern” are phenolic compounds and phthalates (compounds used as plasticisers), followed by medicines and triazoles (compounds employed in refrigerants, UV stabilisers or detergents).

What’s the situation in France and Europe?

The principal processes for elimination

As of today there are four main processes for removing pollutants. Treatment by biological degradation is based on the use of micro-organisms (mainly bacteria). Treatment by adsorption employs the ability of molecules to affix onto a solid surface (such as activated carbon, used in either a granular or powdered form (PAC)). Oxidation through physicochemical means, particularly ozone, allows micropollutants to be destroyed or at least rendered more easily biodegradable. Finally, membrane filtration uses membranes to retain suspended materials carrying micropollutants (see also nanofiltration, reverse osmosis). The technologies employed depend on the physicochemical characteristics of the compounds found in the water, on the objectives sought, and on the capital and operating costs of the installations.

These different processes are complementary. Until now, where they have been used together this essentially comprises the coupling of two technologies. However, according to estimates on average only 20-50% of micropollutants are removed by conventional treatments. To improve effectiveness the trend is to add other processes, so extending this to tertiary and, increasingly, to quaternary. That for example is the objective of the AOPTi project, led for two years by the University of Liège with various Belgian and German partners. Downstream of conventional biological treatment, the proposed (tertiary) treatment adds two advanced physicochemical treatments (ozone-UV oxidation, and photocatalytic breakdown using titanium oxide) and an activated carbon adsorption stage, permitting the complete removal of non-biodegradable water-soluble micropollutants.

Another example of such coupling is found in the Medix process, which is able to reduce pharmaceutical residues present in hospital effluent. Bringing together biological degradation and ultrafiltration, the process cuts out 80% of medicine-derived micropollutants while also handling most pathological micro-organisms. It also appears able to remove 99.9% of SARS-CoV-2. This process, which was presented to the ASTEE 2017 conference in demonstrator form, has other benefits both in terms of its design – which is compact and modular – and in terms of its energy consumption.

In a study on the costs of micropollutants to society (see box), Ineris recommends adding an additional stage to improve urban water treatment operations. Some countries have already begun doing so. The Swiss, for example, have already implemented a policy to add further stages to a number of their treatment plants (those serving more than 100,000 PE). The total cost is CHF1.2 billion (around €1.1 billion). Germany, which is currently setting out a specific national strategy, estimates at €1.3 billion the total annual cost of adding a quaternary stage to its treatment plants processing more than 5,000 PE. In France, however, the strategy remains strongly aligned to reduction at source, as set out in the 2nd Micropollutants Plan 2016-2021 and hinging on three key objectives: reduce (emissions), understand (releases, to better target action), prioritise (i.e. Identify the pollutants to target)2. Other than in a few rare instances, French treatment installations are not equipped with complementary technologies. Even where an estimation of the costs for each type of treatment has already been performed for a particular size of installation, there remains much to do to obtain an overall picture and define the appropriate scenarios.

Micropollutants: what are the costs to society?

In a study undertaken in May 2020 at the AFB*, Inéris identified three types of costs: the costs of monitoring and information, the costs of positive action to limit the presence of micropollutants in water (cf. actions intended to limit pesticide use and reduce releases from industry, treatment actions, decontamination, the elimination or substitution of chemical products at source etc.) and the costs of “residual” impacts, i.e. the environmental and health impacts.

While the two first types of costs may be at least partially quantified (the total of costs invested referenced in the study have reportedly surpassed €1 billion since the 2000s), that is much more complicated to do for the third. In effect, “no costings are available for the health impacts potentially linked to drinking water consumption, nor for the environmental impacts related to the presence of micropollutants in surface and ground waters”. Ultimately, according to Inéris, for now it remains difficult to establish a total cost for the presence of micropollutants in water.

2) The Ministry for the Ecological and Inclusive Transition published a table monitoring actions over the summer of 2020. It concludes that, as at mid-2020, some of the 39 actions could be ‘considered as concluded’, the others for the most part being already well underway.

Read more: How should BOD5 be used in biological wastewater treatment?