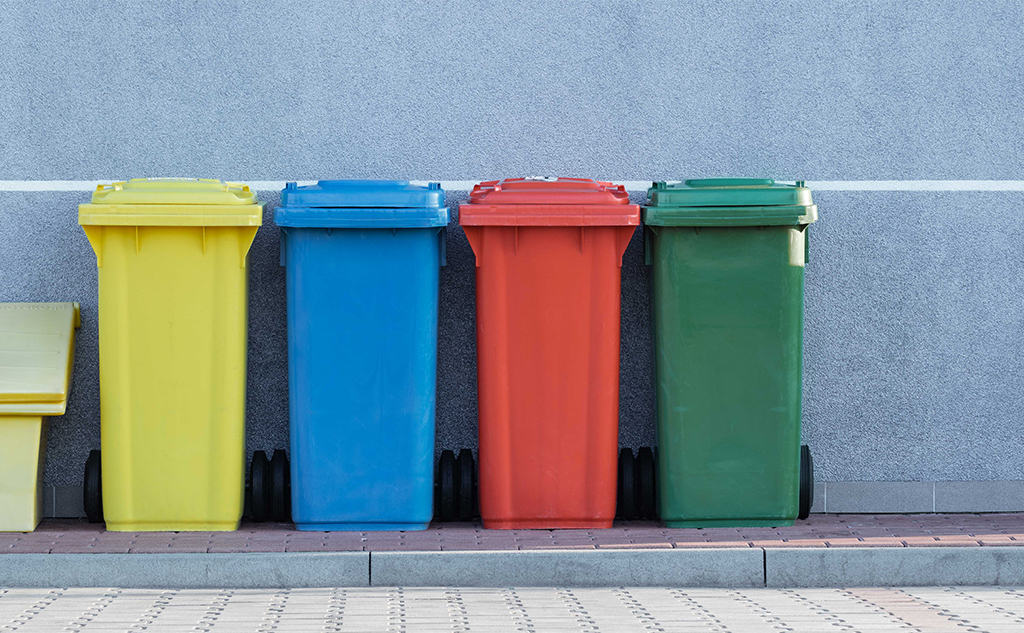 European regulations have changed significantly in recent years (see the new “Circular Economy Package”, which incorporates four EU Directives revised on 30 May 2018). The aim is to improve waste management across the EU, and convert this into a sustainable materials management process, with a view to “preserving, protecting and improving the quality of the environment and protecting human health. It also ensures the prudent, efficient and rational utilisation of natural resources, promotes the principles of the circular economy, increases the use of renewable energy sources, enhances energy efficiency, reduces the EU’s dependence on imported resources, creates new economic opportunities and in the long term, contributes to competitiveness.” Today’s ethos is now all about careful resource management and seeing waste as a resource in its own right.

Collection and sorting: the technology revolution

From waste collection in “garbage-trucks” to ultra-connected skips and containers, or non-polluting electric vehicles, using technologies such as pneumatic suction, optical sorting and geo-location to optimise collection rounds, the unpacking of bio-waste or the use of fill-level sensors, the waste collection and sorting sector has undergone unprecedented change since the French Waste laws of 1975 and 1992. Pollutec has consistently documented this evolution and remains the launchpad for all the best innovations.

In 2008, the BagTronic process (now within the Lingenheld group) arrived, to overturn selective collection approaches. The idea was to operate just one collection round (giving significant savings) asking users to sort the various waste streams (recycling, bio-waste, residual waste) into different coloured bags, which would then be separated by a conveyor and optical recognition system. Smart robotics also made its début at Pollutec, notably in 2011 with Zen Robotics, a Finnish sorter robot which was recognised at the EEP Awards. With its multiple sensors, this robot separates the streams to be processed, delivering accuracy and high throughput (up to 4,000 items/hour today). The robot route was also followed by Bollegraaf Recycling Solutions who in 2013 introduced their individual extraction sorter robot for quality control of PET, PE, PS or paper streams at the end of the sorting line.

Despite the emergence of robots, optical sorting lines have continued to improve through the increasing accuracy of optical sensors, data processing and flow separation techniques. Objectives: to generate purer, more consistent streams (materials, colours), manage all particle sizes, and above all, comply with even greater sorting requirements. Examples of this trend include Buhler in 2013, facilitating extraction of granules in unwanted colours, and other foreign bodies, from a plastics stream, or Tomra Sorting in 2016, focussing on the concentration of black plastics. In the past 15 years, Pollutec has also enabled the market to follow the development of Pellenc ST, renowned for its Mistral range of packaging sorters, with less maintenance and greater efficiency (+ 50% in detection speed in 2016), and its Top Speed system today, which separates plastic film from paper at high speed.

People have been talking about the “smart” bin at Pollutec for nearly 15 years. In 2004, AA Management, a company from the Gard region of France, introduced The MIP, a contactless bin which detected the user’s presence, made its own bags from a polythene store, compacted full bags and sealed them using its built-in heating element. Some years later and ahead of today’s connected object technologies, Pollutec also had a variety of drop-off containers, able to send an SMS alert when they were full (Syselec, BH Environnement, etc.). More recent innovations include the R3D3 connected bin from Green Creative, which recognises waste streams then sorts and compacts them before notifying operators when they are full, or the intelligent chute from Terradona which checks the right waste is put into the right container, and rewards the user accordingly.