Ten Years on from Grenelle de la Mer: Where Are We Now? 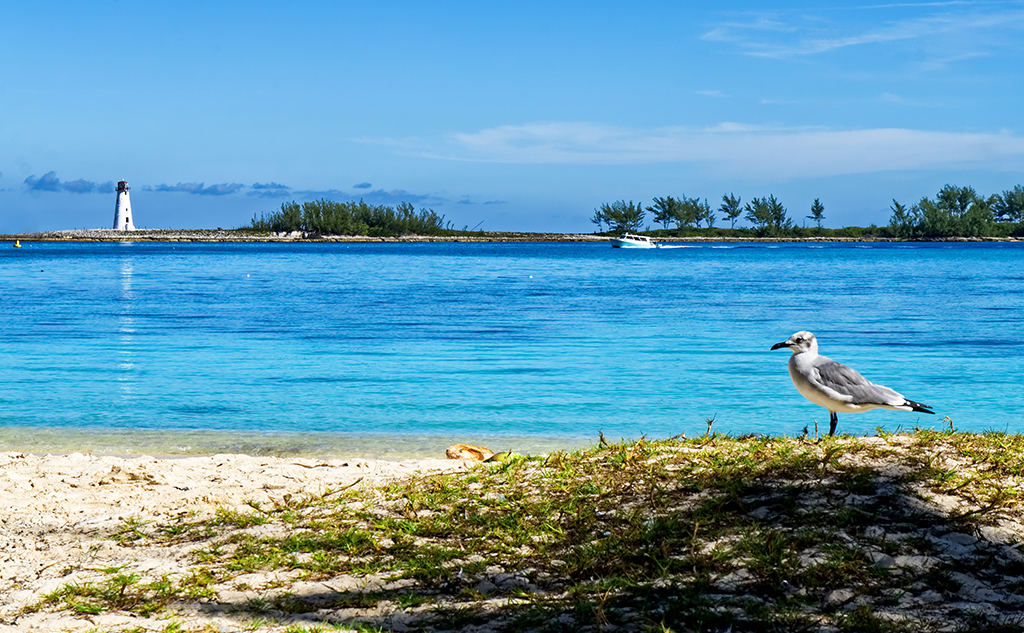 In 2009, France organised “Grenelle de la Mer” (“Grenelle of the Sea”) – a multi-party round table on maritime issues based on the same framework as the “Grenelle de l’Environnement” (“Grenelle of the Environment”) held two years earlier (i.e. five-party governance, dialogue, consultation, etc.). Ten years on, the CNML, France’s National Coastal and Ocean Council, has produced a report highlighting the main issues that need to be further addressed. Let’s take a look at the key findings.

Grenelle de la Mer has, without doubt, facilitated the creation of a community to discuss and work on all maritime-related issues. However, some areas remain to be developed while others require greater emphasis, such as the need to adopt a joint approach to certain issues and restore confidence in innovation, as well as to consolidate the existing knowledge and research base.

With respect to the areas requiring further development, the authors of the report believe there remains room for improvement in the interaction of national authorities with maritime and coastal organisations (CNML and CMF-CMU)(1). They suggest that the land-sea interface should not be limited to the coastline, instead advocating better coordination between land and marine planning, as well as sectoral and maritime planning. For example, on the question of marine pollution, the collective impact of all catchment basins should be considered. There should also be clearer coordination between sea and land planning.

Currently, issues linked to environmental protection, economic and social development and maritime and regional economies, together with those surrounding work-related activities and leisure trends (particularly access to space and resources), are each dealt with separately. The authors recommend considering them jointly, for greater effect.

Another important point: the authors also want to see the well-merited restoration of confidence in innovation, whether technological (e.g. ships and ports of the future, limited-impact exploration, etc.) or in methodology, organisation and governance (e.g. the importance of ecosystemic services, socio-economic indicators for fishing, etc.).

Lastly, the report strongly emphasises the need to consolidate knowledge and research, describing information provision as “an essential element for assessing the balance to be struck between environmental and social costs and economic gains.”

Still a long way to go

Generally speaking, the commitments made in the wake of Grenelle de la Mer have “led to changes” but “in many cases the topics discussed have yet to result in concrete action.” A National Strategy for the Sea and Coast has been launched, as well as an integrated coastline management strategy. Progress still needs to be made however in crucial areas such as responsibilities, legal tools and funding. As noted above, the issue of coordination between different planning documents remains salient, together with the question of their operational implementation. In this regard the authors comment that strategic decisions do not sufficiently take into account the local dimension.

Some progress has been made in the realm of biodiversity (e.g. approaches, data collection, setting out and taking the steps required, etc.). Such progress is evidenced by, for example, the creation of a network of protected marine areas, extension of the action area of the Conservatoire du Littoral [French coastal protection agency], drafting of the Ifrecor(2) action plan, and measures taken in regard to marine mammals. However, assessment of the ecological condition of the marine environment and the state of conservation of species and habitats; omnipresent pollution; the risks associated with dumping chemical weapons at sea; and  a range of recent ecological crises, all reveal a need to both pursue and to expand current approaches. Particular focus must be given to the cumulative effects of pressures experienced by ecosystems. At present, the proportion of these spaces that are well protected is just 0.1%.

The CNML suggests that the French State is relying on local authorities to “do more to ensure the proper use of the marine environment and coastal areas, and to promote nature-based solutions, especially in French overseas territories.” In the immediate future attention should be given to improved documentation and evaluation of three key sources of pressure: recreational fishing, plastic pollution and the proliferation of sargassum. 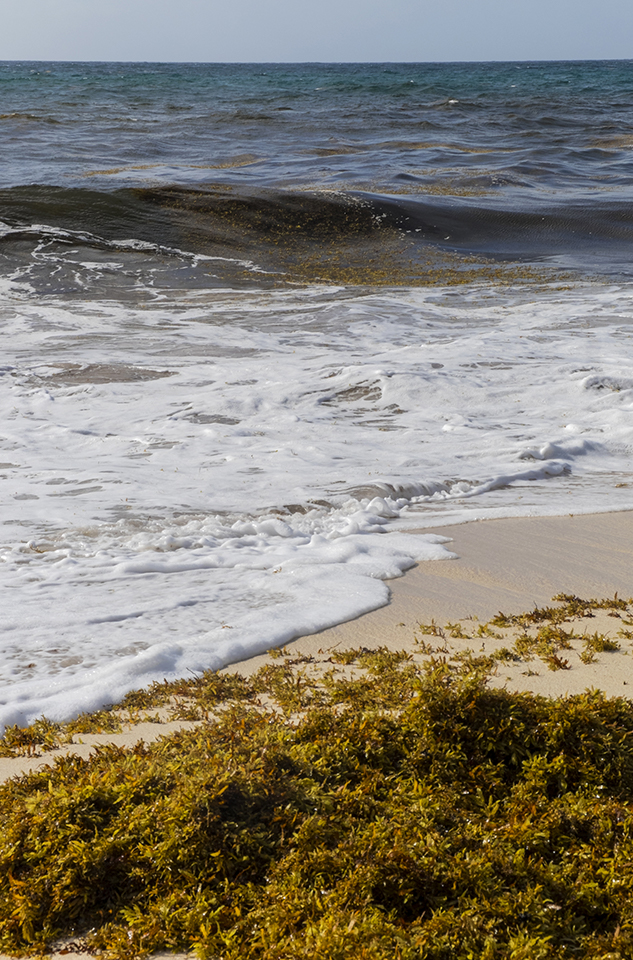 With regard to maritime industries, the CNML feels they have entirely benefited from the proactive measures taken over the last ten years. Such measures include the reorganisation of the industry, renewal and expansion of the French Strategic Planning Committee (CSF) for the naval industry, development of renewable marine energies(3), decommissioning of vessels and the introduction of an Extended Producer Responsibility (EPR) scheme for end-of-life pleasure crafts and sports boats (4).

For maritime transport and port activities a port stimulus strategy has been deployed since 2013, which since 2016 includes a specific set of measures for French overseas territories. A new national ports and logistics strategy is currently being studied, with a key emphasis on the ecological and energy transition in maritime transport (e.g. vessels producing less pollution and fewer GHG emissions, risks associated with containerisation, etc.).

Finally, there have been some notable advances in research such as the ocean programme of the French National Research Alliance for the Environment, AllEnvi, and the work of COMER, the French National Committee for Marine, Maritime and Coastal Research. At the same time, ocean monitoring capabilities have greatly increased both at sea(5) and from space. A map is being drawn-up of public research efforts, which may eventually also encompass private research efforts. The authors call for the establishment of a large-scale Seas & Oceans R&D programme, ideally led by several ministries (Research, Ecology, General Secretariat for the sea).

Public authorities come on board

At the CNML meeting in mid-November, Brune Poirson (French Minister for the Ecological and Inclusive Transition) listed the priority actions for her ministry in the Sea & Coast sector: zero net artificialization, adapting to coastline changes and preserving biodiversity. President Macron, opening the “Assises de l’Economie de la Mer” (the annual meeting of the French maritime community) on 3 December, reiterated his wish to boost ‘blue growth’ and support maritime innovation. He also expressed his support for the Coalition for Maritime Environmental and Energy Transition proposed by the French Maritime Cluster and announced the launch of a priority Ocean & Climate research programme backed by an initial €20 million investment. We will of course be keeping a close eye on progress made over the coming months and years.

Innovation in all its forms

There should be a balanced mix when it comes to innovation in maritime and coastal areas. It is not a competition between technological and other types of innovation; the essential aim is to have a positive impact on the marine environment. Indeed, a broad range of solutions exists – from nature-based solutions to applications for observing the oceans or algal proliferation from space, wingsails for ships, and combating coastal erosion.

We will follow with interest the results of the call for projects issued by the MTES [Ministry for the Ecological and Inclusive Transition] entitled “Nature-based solutions for resilient coastal areas”, which closed on 31 October. We’ll also be keeping close tabs on developments stemming from the partnership signed in mid-November between Géocorail and Cerema, as well as results obtained from the deployment of the new Deep-Arvor deep-sea floats under Euro-Argo, the European contribution to the international Argo network based at Ifremer in Brest.

3) Specifically, reaffirming the increase in floating wind turbines, while compensating for slowness in the domain of  static wind turbines.

5) For example, nearly 4,000 Argo free-drifting floats provide in-situ temperature and salinity measurements at depths of between 0 and 2,000m across all oceans. Measurements are also being gathered from oceanographic vessels.