What can we do to future-proof our coastlines? 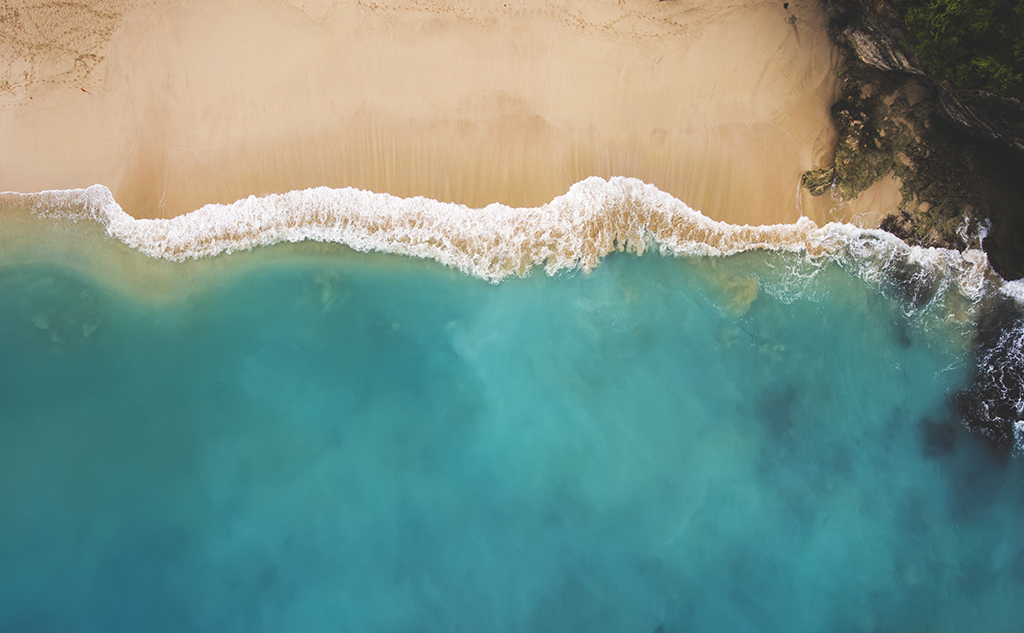 At the interface between land and sea, coastlines represent many different physical realities – sandy beaches, cliffs, marshes, lagoons, deltas, estuaries, etc. – whilst maintaining its own dynamic. A large proportion of these “coastal objects” are confronted with two major hazards – marine erosion and marine submersion – both exacerbated by rising sea levels due to climate change.

Marine erosion leads to receding ‘seaboards’ (or ‘shorelines’) with varying definitions depending on the type of coast. For coasts subject to tides, it corresponds to the edge of the vegetation or the clifftop edge. And for coasts without tides, it is defined as the upper limit of the wet sand swash for low-lying sand or gravel coasts or the edge of the vegetation for cliff-lined coasts. According to CEREMA (the French Centre for Studies and Expertise on Risks, Environment, Mobility and Urban Planning), nearly 19% (920 km) of the coastline is receding in France (excluding French Guiana). The majority (nearly 700 km) are low-lying sandy coasts. This coastal recession has many consequences. For example, CEREMA estimates that it could affect as many as 50,000 homes in France by 2100.  Meanwhile, it should also be noted that 11% of the coastline is advancing.  This is the case, for example, in the southern part of the Baie de Somme estuary.

Marine submersion refers to flooding (temporary or permanent) of a coastal zone by the sea under specific meteorological and oceanographic conditions. In the European Union, where nearly a third of the population lives less than 50 km from the coast, 72,000 people are directly exposed to these floods every year.  The damage caused by coastal flooding in the EU is estimated to cost €1bn per year, France being the most affected with €0.2bn/year.

Sea levels, which have already risen by between 13 and 20 cm since the beginning of the industrial era, could rise by up to a metre by the end of the century. Sea level rise is accelerating today because of the thermal expansion of the oceans and the melting of glaciers and ice caps.  Although the phenomenon is inevitable, it is difficult to determine its true scale. Nevertheless, that’s exactly what the CNRS (the French National Scientific Research Centre) and 26 multidisciplinary research teams (glaciologists, oceanographers, coastal risk and adaptation experts, etc.) are attempting to determine through the four-year PROTECT project, launched in 2020. This European project, which should provide new forecasts of sea levels for the 21st century and beyond, will be of interest to many different groups including insurance companies.

Experts debate the disappearance of beaches

There is also disagreement among experts in the field of coastal research, leaving non-specialists none the wiser.  In early 2020, a team of European researchers said that half of the world’s sandy beaches would have disappeared by the end of the 21st century*. An international consortium has since refuted this hypothesis, arguing that if beaches have an area behind them to which they can move (coastal plains, coastal marshes, dunes), they will conserve their general shape while migrating inland**.  In other words, the coastline will retreat but the beaches will survive, albeit higher up and further inland than today.

Although the hazards that affect the coast are not solely due to the effects of climate change, its role is undeniable, particularly given rising sea levels and increasingly frequent extreme climatic events. Of course, there have always been storms, but their regime is changing (e.g. in Brittany they are beginning to come from a different direction). One of today’s main concerns is evaluating the capacity of coastal environments to adapt to these changes. In this field, as in many others, there is no one “right” answer but a combination of possible solutions according to the areas concerned, the presence of human populations, existing protective and other infrastructure (seawalls, groynes, rip-rap, etc.). Some of these structures, which were enthusiastically installed in the 1970s but not necessarily in an appropriate way, have affected beach morpho-sedimentary function and have sadly exacerbated erosion processes.

What solutions are available?

In some cases, coastal defences need to be strengthened. But everything must be done in a balanced fashion: structures can be strengthened in precisely-defined areas, but others must be abandoned to allow the creation of large flood plains. It is also possible to let dunes develop freely and to undertake “depolderisation”, i.e. let some marshes revert naturally after being artificially drained for many decades or even centuries.

Nature-based solutions are another possibility. We are familiar with mangrove swamps, sea grass beds and reefs – these are all natural ecosystems with strong potential for mitigating threats to the coastline. Specialised companies are beginning to introduce other environmental engineering solutions. For example, as part of the PEGASE project run by Seaboost, a pilot system to lessen the energy of the swell is to be installed on the beach at Grau d’Agde (Hérault département on the French Mediterranean coast).  The system, based on analysis and modelling of reefs, sea grass beds and mangrove swamps, applies friction within the complex, permeable structure instead of simple reflection off a smooth surface. This is a soft approach, integrated into its environment and enabling major sediment cells to continue operating. Another system aiming to protect coasts against sediment build-up and erosion in the port/resort context is being tested in nearby Palavas-les-Flots by P2A Développement and its partners as part of the CATCHSED Evo project. This is a resilient solution able to adapt to the long-term development of the coastal system.

In other cases, sand can be imported to existing beaches or foreshores. These expensive and complex operations must be carried out while conserving ecosystem balance.

Ultimately, if no specific solution can be found, a “strategic retreat” could be envisaged, i.e. relocating infrastructure elements further inland, with all that this implies in terms of challenges and constraints.

It is clear that the issue of coastal adaptation is in the throes of great change. It should be noted that the LIFE Adapto project, initiated by the Conservatoire du Littoral (French Coastal Protection Agency) in order to test flexible coastline management, is due to end in late 2021. Operating on ten pilot sites representing the different coastline types found in France, its objective is to demonstrate the ecological and economic interest of improving the resilience of coastal areas in order to protect human activities by restoring coastline mobility. More information will be available early in 2022…

ANEL (the French National Association of Coastal Councillors) and CEREMA are working together to support participating coastal local authorities “in a process that will help address local problems and identify concrete solutions to provide long-term support to these regions and contribute to virtuous management of the sea-land interface”.  The objective is to pinpoint lessons that can be replicated on a national scale, promote innovative experiments and create a network of all those involved. The second call for partners added a further 10 local authorities to the initiative, bringing the total to 19. The full list can be found at https://www.cerema.fr/fr/appel-partenaires-gestion-integree-du-littoral 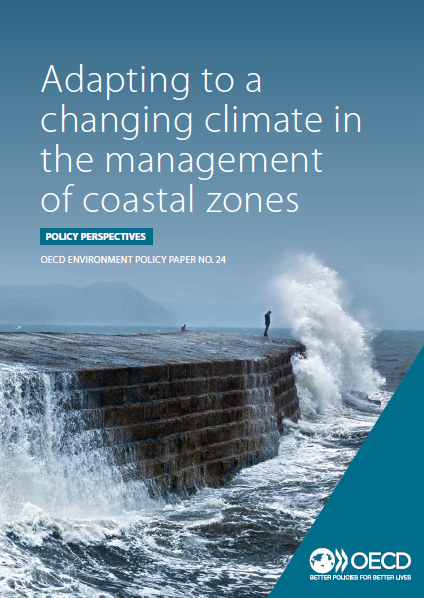 The OECD has published: “Adapting to a changing climate in the management of coastal zones – Policy Perspectives”, OECD Environment Policy Paper No 24 (14 April 2021).