2020 report on the blue economy in Europe 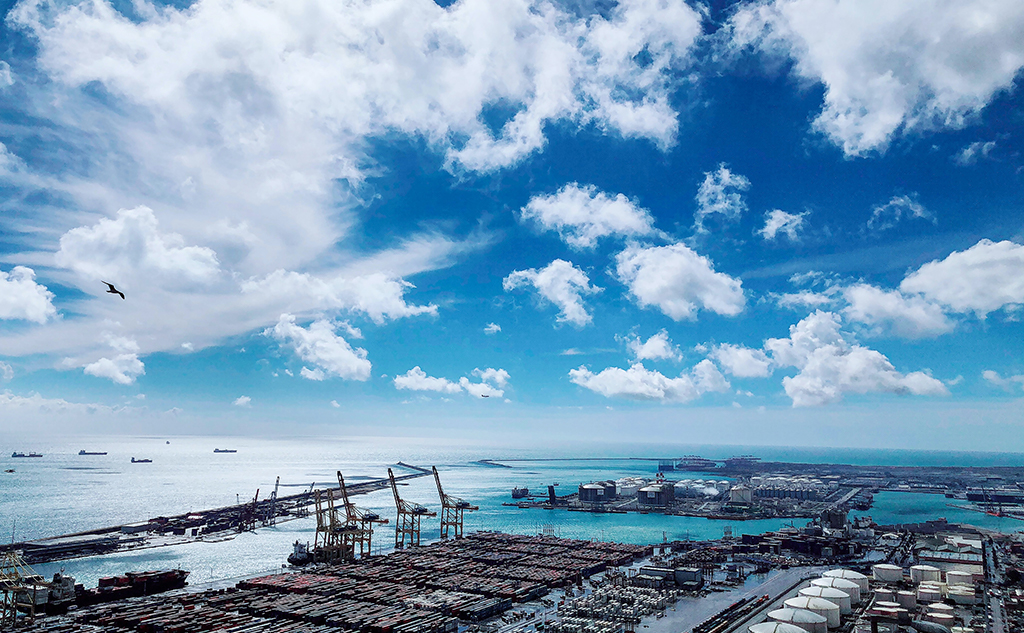 The European Commission’s 2020 report on the blue economy offers a broad perspective on the performance of those EU economic sectors related to the ocean and coastline. For its third edition, it explores in detail the environmental dimension of the blue economy. The report makes clear that even where some sectors were seriously impacted by the current pandemic, the blue economy as a whole offers considerable potential for contributing towards the green recovery.

The environment and climate feature very strongly throughout the report’s 180 pages.  As an example, the report shows a clear decoupling between the growth of the fishing and aquaculture sector, and its production of GHGs (a fall of 29% CO2 per unit of gross value added (GVA) between 2009 and 2017). In the same way it presents new directions for maritime transport (less carbon-intensive energy) and revisits the trend for “green ports”, aimed at reducing their ecological footprint. The report also examines the economic value of several of the ecosystem services provided by the ocean. It lays out the costs and socio-economic impacts related to sea level rise in coastal regions in accordance with the various IPCC scenarios, and the investments necessary to protect these regions. It analyses the issue of GHGs, as well as the way in which the oceans can contribute to carbon sequestration. In addition, the report provides an estimate of the costs resulting from marine pollution and the effects of climate change on fisheries and aquaculture.

The Blue Economy Report 2020 distinguishes between “established” and “emerging” sectors, charting the principal characteristics and trends for each. “Established” sectors correspond to traditional activities: living marine resources (primary sector, the transformation and distribution of products from the sea), non-living resources (oil & gas, and other aggregates: sand, gravel etc.), marine renewable energies (only offshore wind, the other forms being considered as emerging), port activities, naval construction and repair, maritime transport and coastal tourism.

With respect to offshore wind power, Europe has over 90% of installed capacity (mostly in the United Kingdom, Germany, Denmark, Belgium and the Netherlands). Other countries are following suit (for example, France, Spain, Portugal, Finland, Sweden). With a turnover of €4BN in 2018, the sector saw record growth of 1185% compared with 2009 and almost an eight-fold increase in related jobs (4,624 in 2018 vs. 582 in 2009).

Over 90% of European goods traffic passes through one of the 1200 maritime ports spread across the 23 coasts of member states. An increasing number of ports have signed up to the “green ports” initiative. In 2018, port activities achieved a turnover of €91.4BN (up 39% on 2009) and employed 549,340 people (20% more than in 2009). Outside the activities related to the ecological transition (1) ports are investing heavily, the main reason for this being the increasing size of ships.

The “Naval construction and repair” sector saw turnover of €59.2BN (13% up on 2009) but saw its workforce decline by 10% (318,315 in 2018). The sector is constantly driven by the need to reduce its own impacts, although significant advances were able to be achieved, particularly regarding ballast water and sulphur and NOx emissions. Maritime transport in turn has achieved a turnover of €173.2BN (up 11% on 2009) with 407,825 employees (7% higher than 2009) of whom almost half are on the services side, the remainder being divided between passenger and freight traffic.

Meanwhile, in 2018 over half (51.7%) of tourists holidaying in Europe headed for the coastal regions (the Canaries, Catalonia, the Adriatic coast etc.) The “coastal tourism” sector recorded turnover of €249.6BN (18% higher than 2009) and has almost 3.1 million employees (13.5% up on 2016). The environmental challenges are considerable: the sector not only depends on climatic and environmental conditions (e.g. water quality), but also has a very large ecological and carbon footprint. In this respect, restrictions are already being applied to the cruise sector, which has recorded 75% growth in passenger numbers in just ten years.

… to emerging sectors, or even very emerging ones

Amongst the six emerging and innovative sectors identified in the 2020 report are alternative marine energies (floating offshore windfarms, tidal and wave, but also floating solar and offshore hydrogen), the bio-economy and biotechnologies, desalination, seabed minerals, sea defences and submarine cables. Taken as a whole, these sectors offer significant potential.

In matters of marine renewable energies Europe leads the way, possessing 70% of installed capacity in wave and tidal surge energy and is on-track to generating almost 35% of its energy from offshore sources by 2050. In this sector, floating solar PV, and offshore hydrogen generation are the two to watch.

Considering the blue bio-economy, algae is really taking off, recording a turnover of more than €350M in 2018 (2). More generally, ocean-based biotechnologies are relevant to a very wide range of activities, from agriculture to medicine and encompassing energy generation, biomaterials, soil remediation and climate change.

Another key point: the EU today is home to 1500 desalination units, mainly in Southern Europe where water stress is of greater concern. These units produce in total almost 7 million m3 of water per day.  Faced with these challenges, new projects are underway to provide a total capacity of 480,000 m3 per day between 2019 and 2024, a planned investment of €520M. One of the topics monitored here is the link between desalination and water re-use.

Considering seabed resources, demand will increase strongly in order to address ever-growing needs for raw materials (minerals and metals). However, this assumes adequate technologies and methods.

This edition of the report has also added the submarine cable sector in view of its major strategic importance; these cables in fact channel 99% of all communication and data transfers. No less than 378 cables fan out beneath the ocean (over 1 million km), with 205 of those cables connecting with EU member states. These cables can also be used to transport energy.

The report addresses several other aspects of the blue economy such as training and skills, efforts to multi-purpose offshore applications, or again advances in marine observation (Chapter 7) and offers analyses on a regional level and a comparison with the US (Chapter 8). Several appendices of figures are available.

EU support for the blue economy

The EU supports the blue economy through several instruments. For example, the European Fund for Strategic Investment (EFSI) has already invested more than €1.4BN in offshore windfarm projects, and offers significant support to port development and the ecological transition of maritime transport. The BlueInvest platform (created by the Commission in 2019 for SMEs) and the EFSI have provided funding of €22M in 2019 and €20M in 2020 to the heads of innovative startups in the blue economy.

We should also note the European Investment Bank’s programme to support clean and sustainable oceans, which is being rolled out in two initiatives: the sustainable blue oceans strategy (“Blue SOS”:  €2.5BN investment between 2019 and 2023) and the Clean Oceans initiative (€2BN for projects to reduce waste levels in the oceans).